In 15 years, Mark Raskow had tried many things to beat the Black Dog yet couldn't bring it to heel - Transcranial Magnetic Stimulation was his last resort.

In 15 years, Mark Raskow had tried many things to beat the Black Dog yet couldn't bring it to heel - Transcranial Magnetic Stimulation was his last resort.

The former soldier started suffering from depression, anxiety and post traumatic stress disorder in 2005 during a mission to East Timor, one he does not wish to discuss.

Yet it would take the South Coast man seven years, and the breakdown of his marriage, to seek formal treatment.

"I tried medication, I tried many things - cognitive behaviour therapy, grounding exercises, mindfulness," he said. "None of it worked.

"My depressions, they were pretty heavy. I'd stay in bed for days on end, I'd find myself crying when I didn't need to be crying."

Then his psychiatrist, Dr Irwin Pakula of South Coast Private Hospital, suggested Transcranial Magnetic Stimulation, or TMS, a treatment for depression which is typically used when other treatments haven't been effective.

It's also used as an alternative to another 'last resort' treatment - electroconvulsive therapy or ECT. During that procedure - done under general anaesthetic - small electric currents are passed through the brain, inducing a seizure and causing changes in brain chemistry to reverse symptoms of depression.

TMS, by comparison, is a non-invasive procedure that uses magnetic fields to stimulate nerve cells in the brain to improve those symptoms.

"The great thing about TMS is that it can't hurt you," Mr Raskow, 34, said. "It's either going to work, or it's not going to work - I'm lucky that it worked for me.

"After 21 sessions at the start of the year, everything changed for me. I still have good and bad days but the super lows are not there any more.

"I can manage my mood better. If I'm not having a great day, I just say to myself 'Get out of bed, have a shower, go and catch up with your mates'.

TMS has only been available for inpatients at South Coast Private Hospital in recent years, but on Friday a new outpatient facility will be officially opened.

CEO Kim Capp said the new clinic would enable people to seek the 40-minute treatment in their lunch hour. It was also set to become more affordable.

"We've been keen to set up an outpatient clinic because it's been recommended that TMS therapy for depression become a Medicare item number," she said.

"If that goes through, Medicare funding will come into effect late 2020 or early 2021.

"That will made it available for more people - as currently the treatment is $180 per session for private patients, who may need up to 20 sessions."

Another of the facility's psychiatrists, Dr Nalin Wijesinghe, said TMS had several advantages over ECT which, while safe and effective, did have side effects such as temporary memory loss.

"In the past if medications didn't work ECT was the next step, but now we have TMS," Dr Wijesinghe said.

"A magnetic coil is placed on a particular point, a part of the brain called the dorsolateral prefrontal cortex.

"The magnetic coil fires a magnetic pulse to that area that stimulates nerve cells in the area of a patient's brain that's responsible for mood."

At South Coast Private, the success rate for inpatients had been high, especially among those with depression complicated by PTSD, obsessive-compulsive disorder or an anxiety condition.

The treatment is painless and has minimal side effects - maybe a slight headache. It's not delivered to those under 18, and with certain conditions such as epilepsy.

For Mr Raskow, now in Port Macquarie, it's made all the difference. "PTSD and anxiety will be with me for life, but TMS has helped me get rid of the depression - and I'm happy with that." 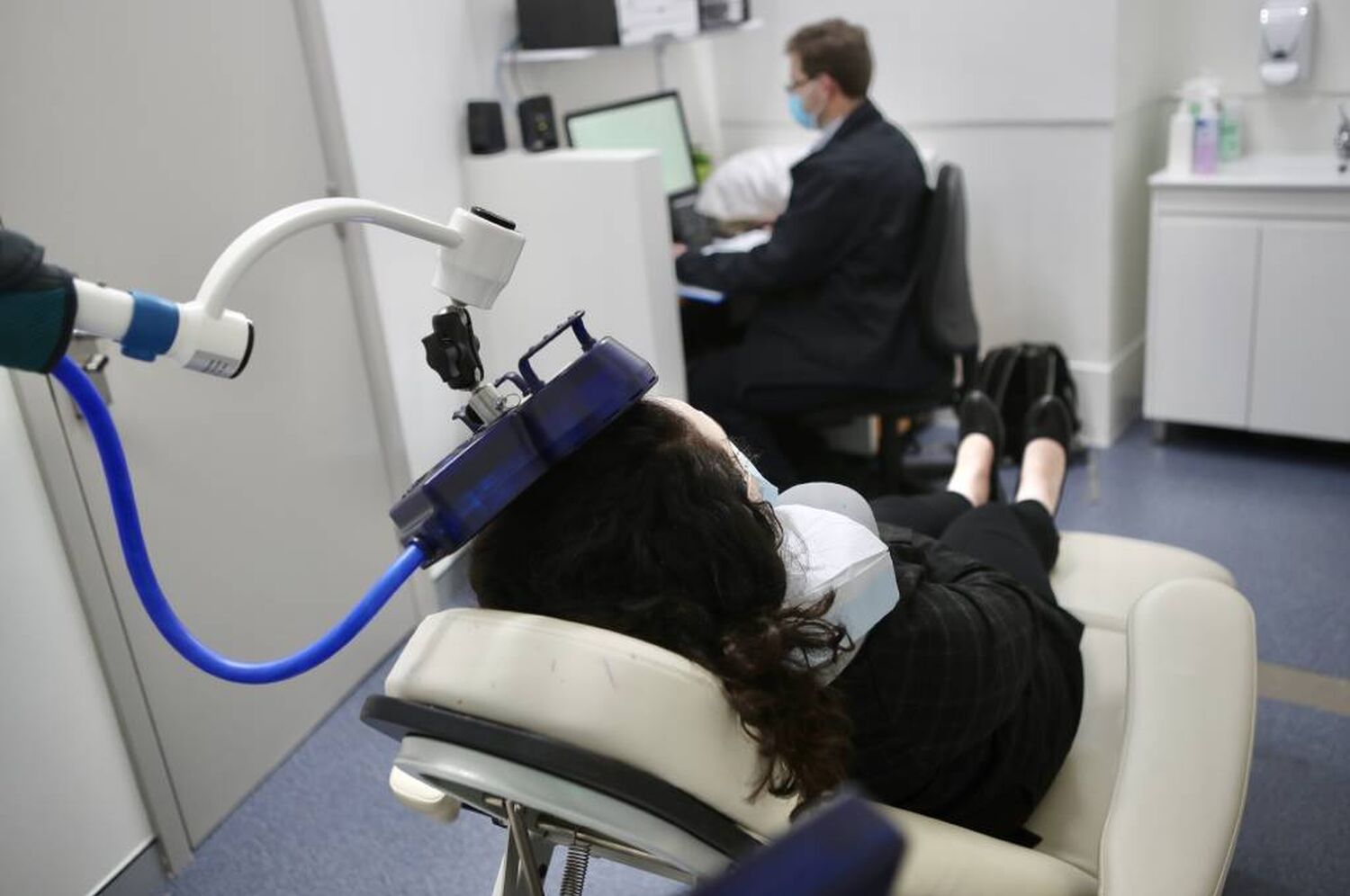